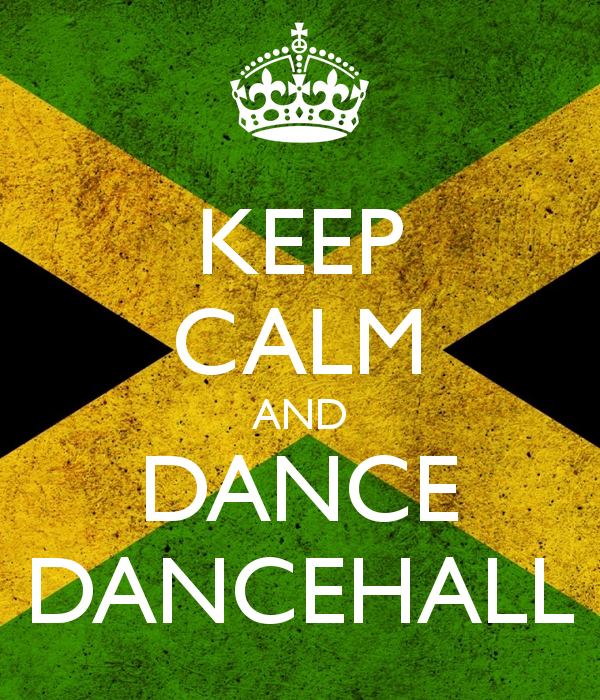 Anyone who spends any time with me at all will know that I’m always harping on about Dancehall, HipHop and my trainer collection. A fair amount of my posts are/will be related to these three things so I thought it might be an idea to give some background – this post will focus on Dancehall.

I was introduced to Dancehall at school (thank you Shanice!) and would subsequently spend a lot of my free time watching music videos and then trying to emulate the steps with my friends in the studio, the sixth form common room and our parent’s living rooms.

Going on to study BA (Hons) Dance and Culture with Professional Training, I was fortunate enough to take African People’s Dance classes with H Patten, and in my second year took part in Korotech Dancefest out in Jamaica. This experience absolutely changed my life (read more about Korotech Dancefest here) and led me to focus some of my final year research on Dancehall as an example of Jamaican popular culture and a national form. Below is a blog-friendly (and by no means comprehensive) introduction to Dancehall, including: participants, space and aesthetic.

INTRO
Having emerged out of reggae and ska music in the late 1970s/early 1980s within the poor inner-city areas of Kingston, Dancehall was established as a music and dance genre and later became a language, fashion, style, space, community and attitude for those who were under-represented in Jamaica.

PARTICIPANTS
Participants in Dancehall include:

The Dancehall Crews train together and create new steps in preparation for the Dancehall event to be picked up by the video light, as DJs will often be on the look-out for original dances that they can then feature in their music and become associated with. For example RDX’s song Movements (2011) features Dance Xpressionz as can be seen here…

In this way, the Dancehall industry provides access to jobs, and a means to sell labour and products on an international market – a means of social mobility for the Jamaican lower classes.

Here is an example of the video light, taken from Uptown Mondaze in Kingston Jamaica in 2015:

As well as focusing on dance soloists and groups, the video light also pans up and down female members of the audience, taking in their clothing choices as representation of the dancehall fashion and style.

SPACE
The two videos above and below help to give a sense of the Dancehall Space, in this instance an outdoor space transformed by the huge amps, projector screen and sound system. Crews stand together in the space, artists will have specific areas that only they and their team can occupy, and those wishing to showcase new steps take to the highest platforms to ensure they can be seen by all.

In this video, you will notice how the selector calls out to Dance Xpressionz and specific members who are responsible for creating popular movements such as the Shelly Bounce (Shelly is the dancer wearing all black in the centre).

AESTHETIC
Aesthetically, the Dancehall movements convey continuities across the African Diaspora such as the emphasis of dancing on the beat, polyrhythms and isolations, on bends in the body such as the torso, head, pelvis and knees, as well as the whining of the pelvis, ephebism and the bounce.

There is a gender divide in the types of movement performed in the Dancehall. Female dancers can perform both female and male movements, however it is not culturally acceptable (in Jamaican culture) for a male dancer to perform female movements. Male dances emphasise complex leg and hand coordinated movements, as seen here by Shady Squad:

Whereas for female dances the origin of the movement is the pelvis, as seen here in Mr Vegas’ Bruk It Down featuring female dancers from Dance Xpressionz:

KEY STEPS
It is impossible to be interested in Dancehall and to not know about (Father) Bogle aka Mr Wacky. Real name Gerald Levy, Mr Bogle’s legacy has been the creation of key foundational Dancehall steps including The Bogle, Willie Bounce (named after his Black Roses Crew member Willie Haggart), Wacky Dip, Out and Bad and Row Di Boat to name a few.

Particularly during the 1990s, Father Bogle developed key relationships with artists such as Bounty Killer, Beenie Man, Elephant Man and Voice Mail. His steps are featured on many of their tracks and have subsequently gained notoriety all over the world.

The below video from dancer Latonya Style takes you through 22 of Bogle’s world famous steps:

There we have it! A beginner’s guide to Dancehall. Though not fully comprehensive, I hope this helps to give insight in to this powerful form of popular dance and why I vibe, breathe and dance it as much as possible!