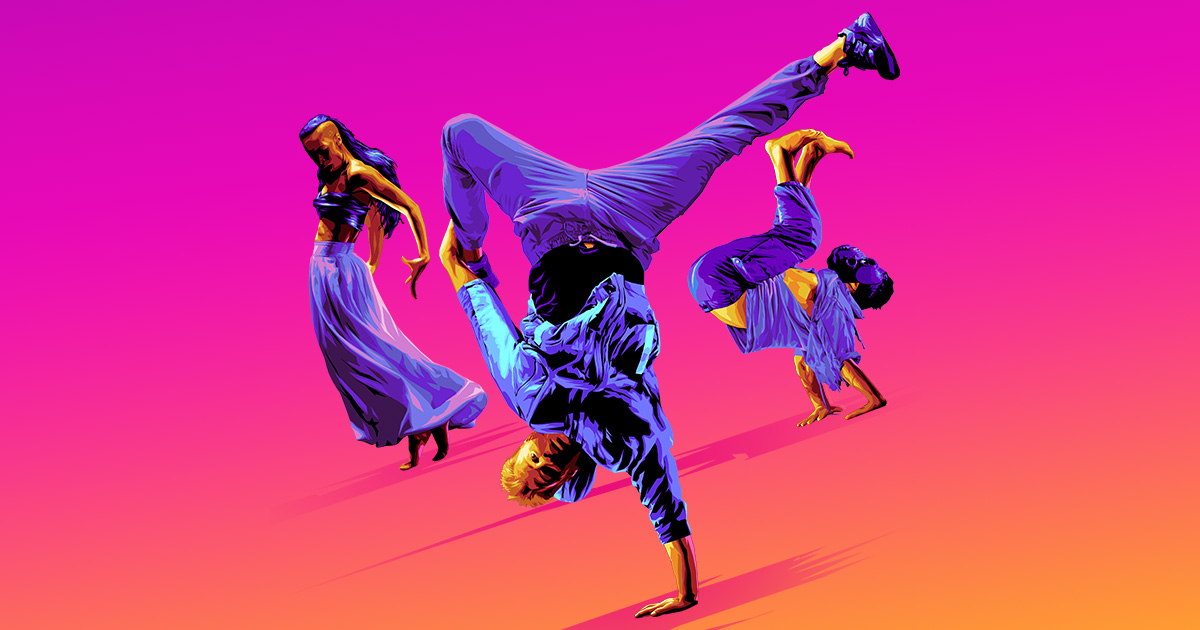 Breakin’ Convention is one of my favourite events in the dance calendar. This year I couldn’t make it down to London to see the main event, but managed to catch it at CAST in Doncaster as it made it’s way on tour around the UK and Europe. I was curious to see how the BC hip hop flavour would be captured in another venue – unsurprisingly it did not disappoint.

On Saturday 7th May, CAST was transformed into a Hip Hop Marketplace. Graffiti artists Break Out Kidz were painting outside the theatre from 2pm, Breaking and Popping battles took place (also outside) from 3.30pm, with a range of workshops running in the theatre from 12pm. As audience members started to arrive for the main show, DJ Lamour provided the tunes and cyphers began to emerge. Graffiti artwork hung from the stairs and pillars, the TV screens showed live updates from Twitter, Snapchat and Instagram, and the whole energy of the building was completely different from my previous experiences of the theatre. 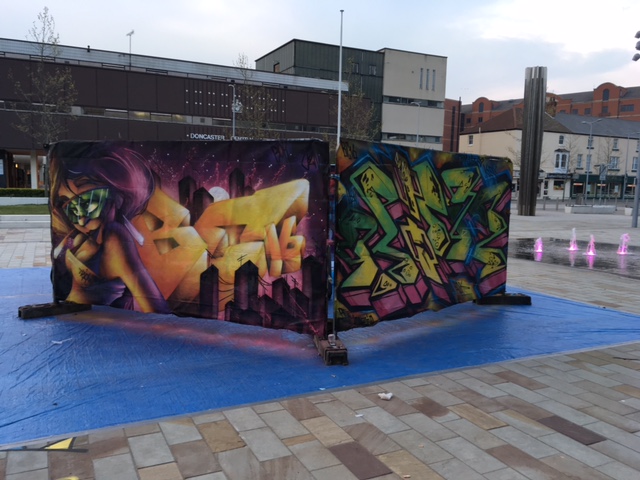 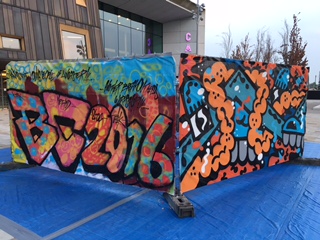 BC also engage with artists and young people local to each venue. In Doncaster, Jonzi D was joined by Pierre Lafayette-Marsh to host the event and five local acts performed on stage alongside the touring companies. These included: DPD (Daniel Phung Dance) | Rationale | SD Kreative | Twisted Poets | UJ Ninjas.

My favourite piece of the evening was by Iron Skulls Company from Spain. Taken from their programme note, Sinestesia “represents a post-apocalyptic world, where through experimental dance, a group of survivors is formed and this begins a journey to a safe area. The Hip Hop, Acrobatics and Contemporary Dance merge to create a language where the human and the animal is combined, inviting the spectator a game of sensorial interference.”

The athleticism, skill and artistry were unlike anything I’ve seen in Hip Hop before. Leagues away from the standard UDO mash-up of ‘how many styles and tracks can you fit in 2mins’, the piece had such a clear identity in terms of movement language, use of costume/lighting/sound and choreographic intention. I can perhaps only liken it to when I first saw Hofesh Shechter’s Uprising and knew I was watching something that would transform how contemporary dance is performed. This, of course, is what Breakin’ Convention is all about – changing perceptions of who and what Hip Hop can look like in 2016 and beyond.

As well as the incredible performances, Breakin’ Convention at CAST also gave me a long-overdue opportunity to chill with the BC team (after three years!). 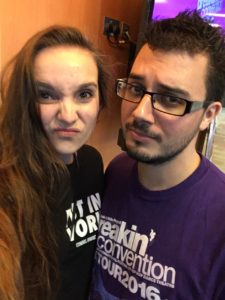 Breakin’ Convention is such a unique festival for celebrating Hip Hop culture, I couldn’t recommend it more. If you ever get the chance, definitely go and see what the hype is all about.