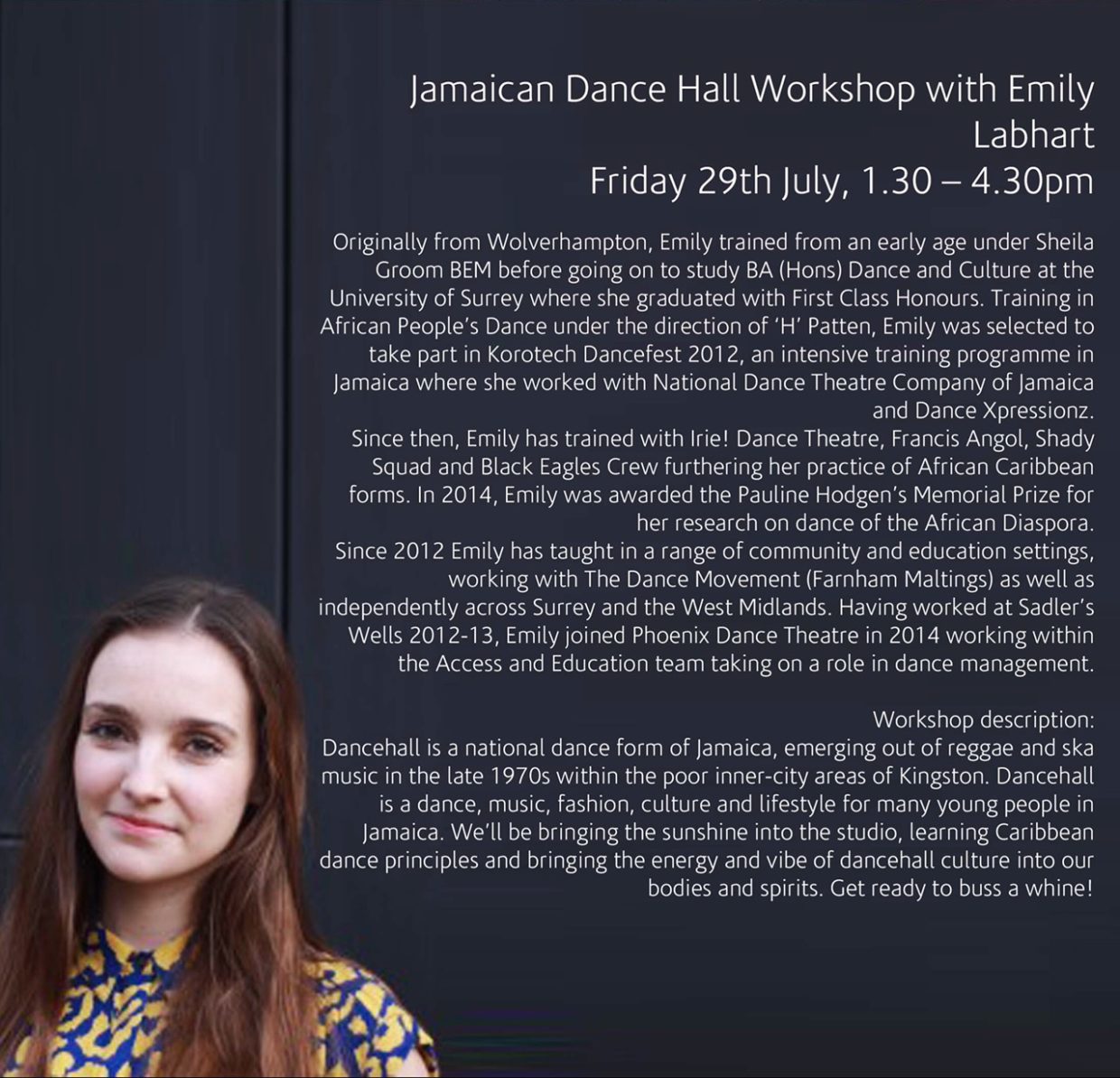 On Friday 29th July I delivered a 3hr Dancehall workshop for Phoenix Dance Theatre’s Youth Academy in Leeds, as part of their Summer Intensive to welcome the new cohort of students.

The intensive spanned two days and featured morning ballet and contemporary classes, with workshops in the afternoon covering contemporary dance performance skills on the Thursday, followed by my Dancehall workshop on the Friday. 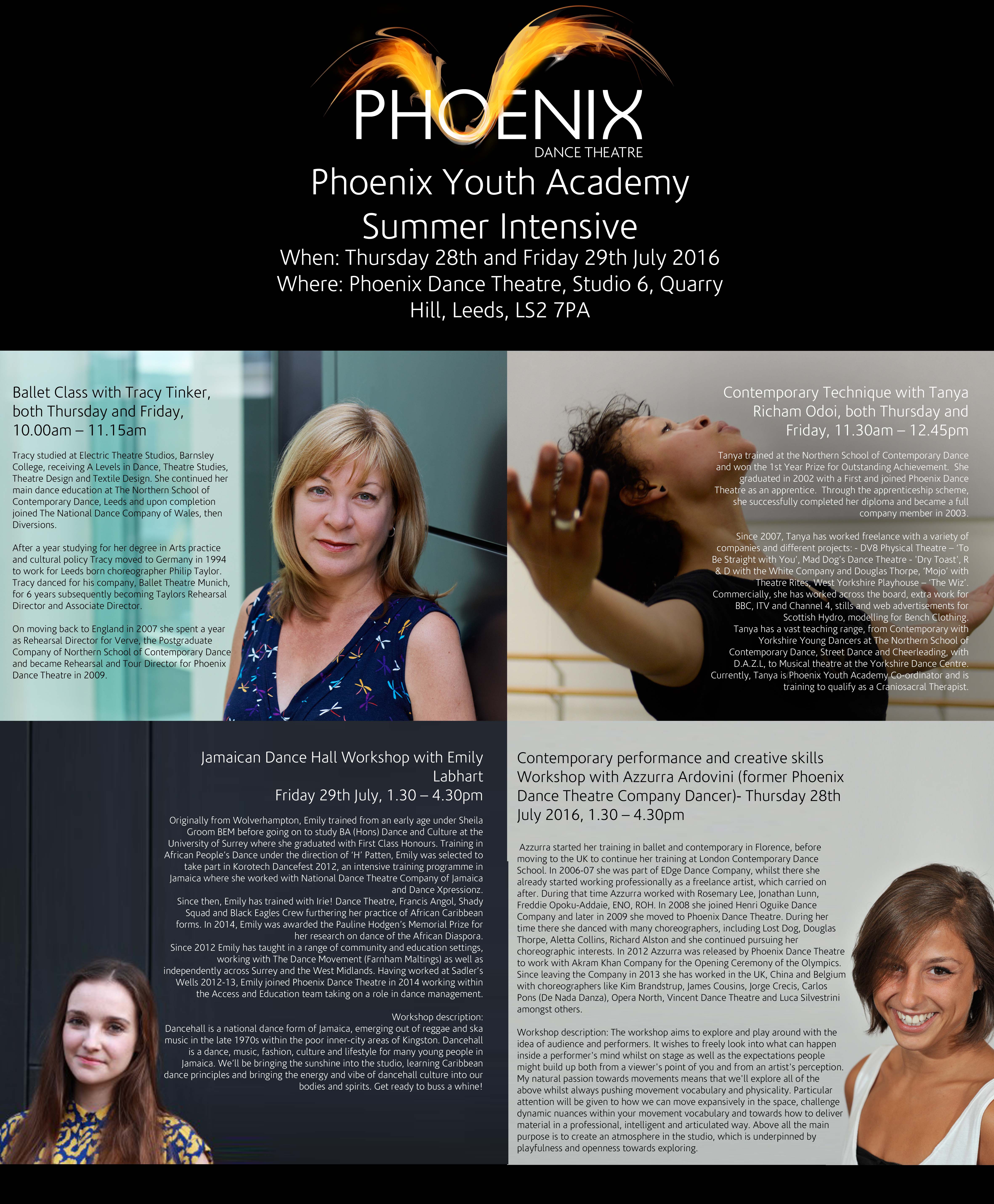 Only one or two students had experienced Dancehall before, most were trained in ballet and/or contemporary styles. The whole intensive was about building their technique but also giving the students new skills and a chance to meet each-other and work together before the start of term in September.

I was once told by Professor Orville Hall that Dancehall lives in four places in the body: the chest (in isolations), the pelvis/waist-line, the knees, and the spirit. I started the session by taking the group through some basic Caribbean actions and gestures in a circle, to try and get a sense of how well they could interpret the vibe or energy of Dancehall. I moved on to introduce key movement principles in the chest, pelvis (causing some giggles from the boys!) and knees before going on to:

The group did really well! Though a little uncertain at first, they worked really hard and started to become more familiar with how to move their bodies in this new way.

The main goals for me were to introduce the key movement principles, get them used to moving different parts of their bodies in isolation, learn about the culture of Dancehall and of course, have a great time!

The student’s favourite steps were:

Here’s some of the tracks I used, enjoy! And watch this space for more classes from me!