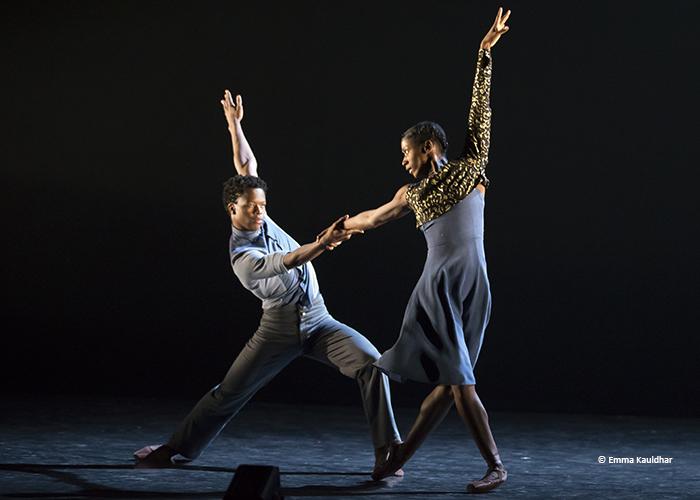 Ballet Black premiered their latest Triple Bill at the Barbican 2nd-4th March 2017. As is usual for these programmes, the crowd-pleaser was definitely saved until last.

Michael Corder’s House of Dreams opened the evening. Set to a selection of Debussy’s Preludes, four dancers performed a series of pas de deux followed by a group finale. Though the dancers performed well, a special mention to Marie Astrid Mence and her partner Jacob Wye for their charisma on stage, the piece was somewhat underwhelming (seemingly an exercise in demonstrating technique) and could perhaps have been edited down – a short, snappier version may have been more well-received. 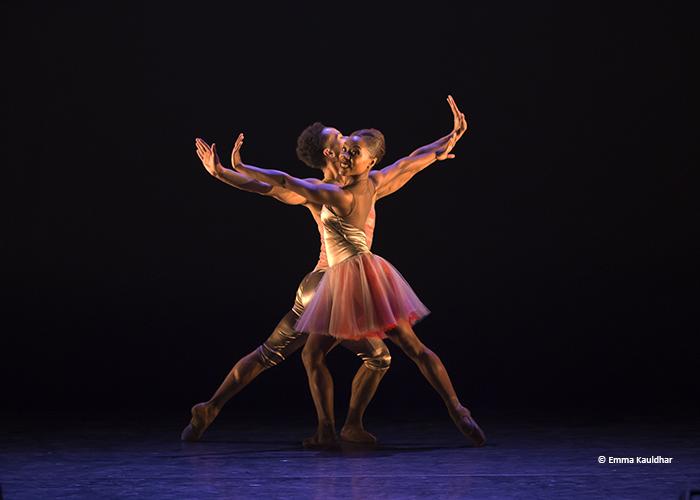 Up next came Martin Lawrance’s Captured, in which Cira Robinson’s athleticism and lines created striking visuals to Shostakovich’s String Quartet No. 11. Though without a clear narrative, the four dancers seem to face an invisible external threat whilst displaying an anxiety or tension within their ranks – adding to the dynamic score. Merging a contemporary movement language with classical pointe work, Captured made an engaging and dramatic contribution to the bill and showcased the exciting skill of the dancers. 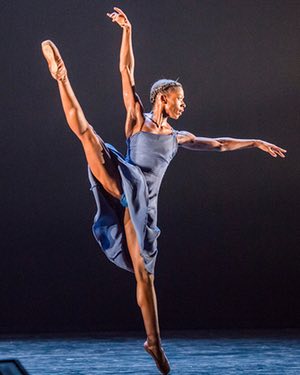 Finally, Annabelle Lopez Ochoa’s re-imagining of Red Riding Hood lifted the audience as they engaged with the humorous characters and gimmicks on stage in a near-pantomime fashion.

A family portrait is cast aside as Red (Cira Robinson) goes on a quest of self-discovery, a coming-of-age tale driven by the Wolf who incites her sexuality. Played by Mthuthzeli November, the Wolf struts and undulates his way across the stage, swinging his unusually large rope tail for numerous (comedic) effects. His interaction and flirtation with the audience was often reciprocated verbally, particularly by the women around me who responded positively to his overt seduction methods. 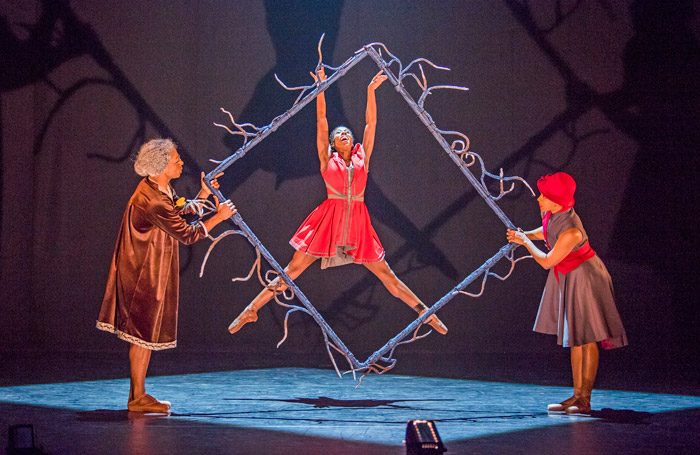 Lopez Ochoa’s version also sees a pack of female wolves dancing and competing for the Wolf’s attention and an eerie wood is created through the use of balloons and silhouette. The piece is easy to follow until the final section, where the storyline becomes slightly lost under the weight of symbolism. Some further refining could be necessary here.

Ballet Black’s Triple Bill was enjoyable, though not particularly groundbreaking. The second and final works stood out the most in the programme, which was (on the whole) entertaining and accessible to a range of audiences – this will no doubt bring it success as it tours around the country until June.