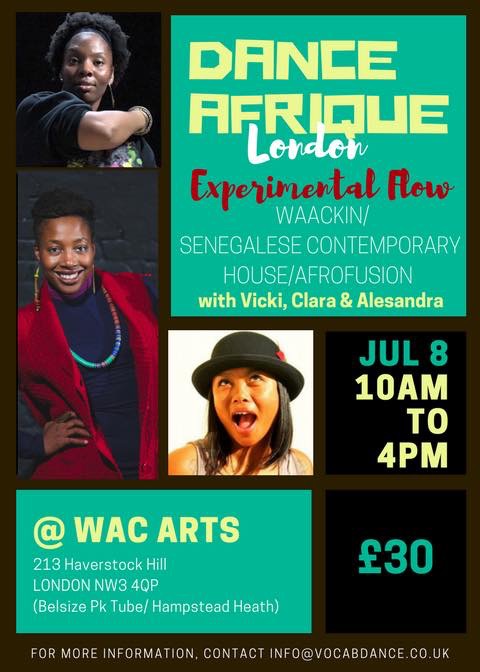 Vocab Dance Company (VDC) was founded in London in 2007 with the vision of fusing African traditional dance with contemporary dance and urban dance forms, to distinctly create Afro-pean dance theatre from a feminine perspective. The company is dedicated to the choreography of Artistic Director, Alesandra Seutin.

On Saturday 8th July, Seutin opened up an intensive day of workshops exploring Senegalese Contemporary, Waacking, House and Afrofusion styles, led by her and two of her frequent collaborators: Clara Bajado and Vicki ‘Uchenna’ Igbokwe. 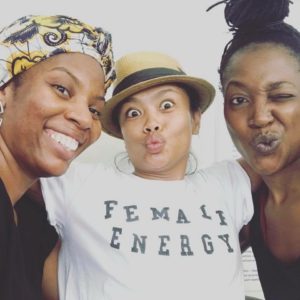 Opening with Seutin’s workshop, around 20 participants explored Senegalese vocabulary, working on articulating the spine, travelling through the space with grounded footwork patterns, and responding to contrasting polyrhythms within the recorded accompaniment. This was the most familiar movement vocabulary for me: isolating spine from pelvis from feet, in order to respond to contrasting rhythms; using the circle as a starting point; many aspects of Seutin’s teaching connected to my training with ‘H’ Patten and Patsy Ricketts – but with a contemporary touch.

After a short break, we went into a House class with Clara Bajado who introduced simple footwork exercises and grooves before layering the complexity – leading to partner work as a social dance. My limited experience of House meant I could cope fairly well in this session, until the frequent changes of direction were introduced…strangely, I found this easier to coordinate when dancing with a partner. Bajado is a lot of fun as a teacher and was able to ‘take the pressure off’ for those of us in the room who were less confident with the style.

Next up we had Waacking with Vicki Igbokwe, who led a series of drills and sequences, going on to guide us through structured improvisation exploring characterisation – which is integral to the form. Igbokwe spoke about her time training in the USA with Tyrone Proctor, one of the first generation Waackers that came out in Los Angeles in the early 1970s – a founding member of the Outrageous Waack Dancers.

The drills left my arms just about ready to drop off! Adapted directly from Igbokwe’s time with Proctor, the gestures were much larger than I expected – requiring a greater ranger of motion at slower speeds. This being my first time training in Waacking, I felt an even greater respect for those who specialise in it. I did struggle with the improvisation tasks, and would have valued having more time to master the basics before finding my own character – though from Igbokwe’s teachings, the two go hand in hand.

Finally, Seutin and Igbokwe delivered an Afrofusion workshop that built on the range of vocabulary we had explored so far across the previous sessions. Travelling exercises, leading on to creative tasks and then a freestyle circle to close. This was the longest session of the day, which meant we had more time to refine the actions in our bodies before developing them in the creative tasks. It also meant that Seutin and Igbokwe were able to speak in more detail about the performance tropes specific to Dance of the African Diaspora, particularly ephebism, quality of the cool and polycentrism, that inform their respective work.

The focus of the day was to open up the body to new movement practices and foster an understanding of where these forms originate, or how they are connected. It presented the chance to work with three inspirational female dance artists, who are leaders in their respective genres, in a space to play, experiment and develop skills as dance artists at any level of experience. Check out the video from 8 July here. 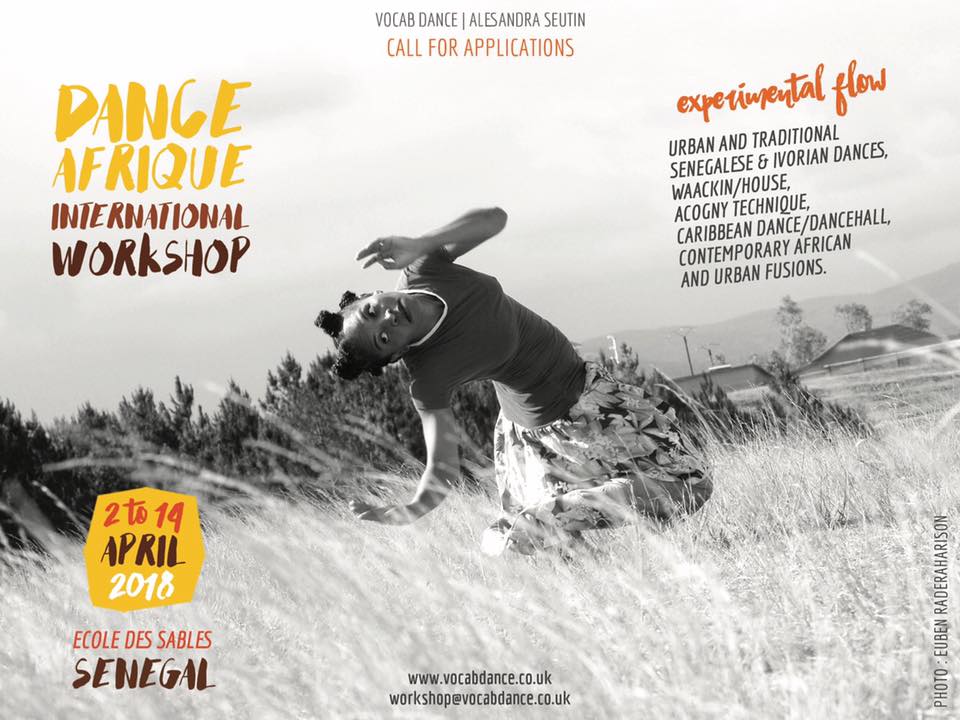