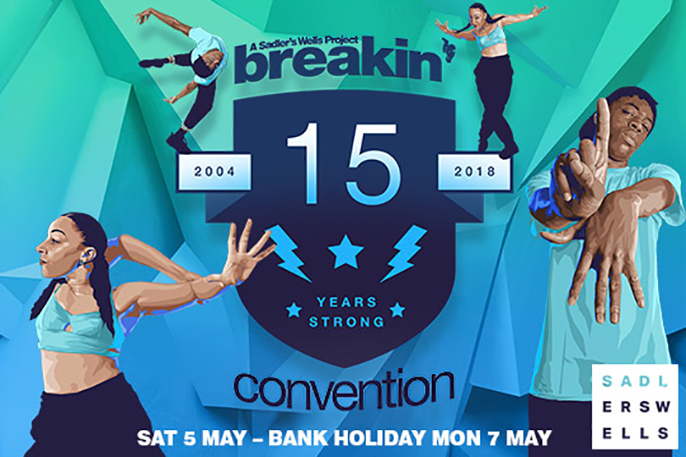 Breakin’ Convention is one of my favourite events in the dance calendar, and 2018 is their 15th Anniversary.

On the May Bank Holiday Weekend, Sadler’s Wells is transformed into a Hip Hop Marketplace. With graffiti workshops, Breaking battles and a range of workshops to get involved in – Breakin’ Convention prides itself on being open to everyone, with something for everyone.

Saturday 5th May – I was excited to see The Extreme Pushers (a Dancehall and Breaking crew) from Ocho Rios, Jamaica teaching a workshop and giving a performance. It was their first time ever in the UK and I was keen to promote their time here as much as possible through my Dancehall Origins channels. Check out the video from their class at Sadler’s Wells here (and see if you can spot a familiar face!). 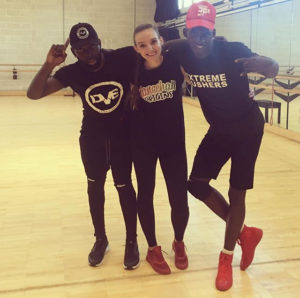 Me with Chaddy from Extreme Pushers and Marvin from Dustville Dancers

I also couldn’t wait to see all-female, LA-based Popping crew Femme Fatale take to the main stage. I have followed member Marie Poppins on social media for years now and to see her perform live was incredible. Generally speaking, Popping is a male-dominated form. To see three women storm the stage and bring power, grace and complexity to slick, Popping choreography was inspiring to see.

Other favourites of the night included Bonetics, who drew gasps and exclamations from the audience as he contorted and bone-breaked through his jaw-dropping solo.

Guinness world record holder MC Supernatural and beat boxer Hobbit gave a brilliant end to the first half of the show. Supernatural freestyled about whatever item was handed to him by audience members in the pit. From chewing gum, to sun-cream, to a puppy toy – he didn’t falter once. Hobbit was so good you could hardly believe he wasn’t hiding an MP3 in his pocket!

The final piece of the night was from UK Hip Hop Heavy-weights, Boy Blue Entertainment. Set to a score played live by Jazz Re:freshed Orchestra, this was by far the climax of the evening and encapsulated everything the Hip Hop dance community is about. A brilliant way to end the show. 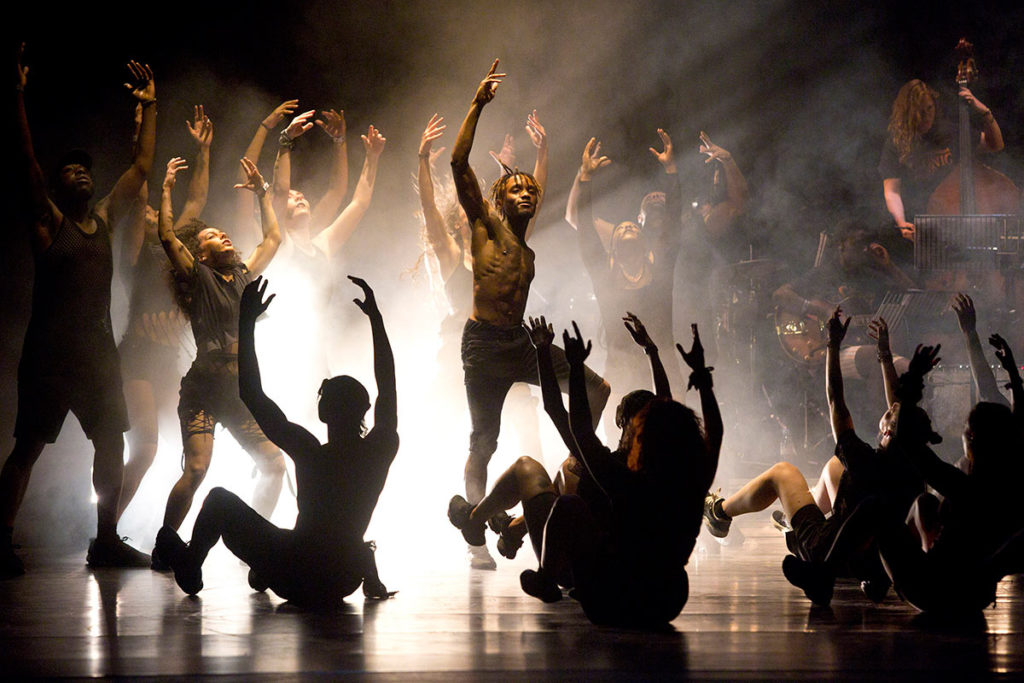 Breakin Convention celebrates and showcases some of the best Hip Hop talent from around the world and around the corner. I can’t wait to see what 2019 has in store.

Until then, check out the 2018 highlights reel below.