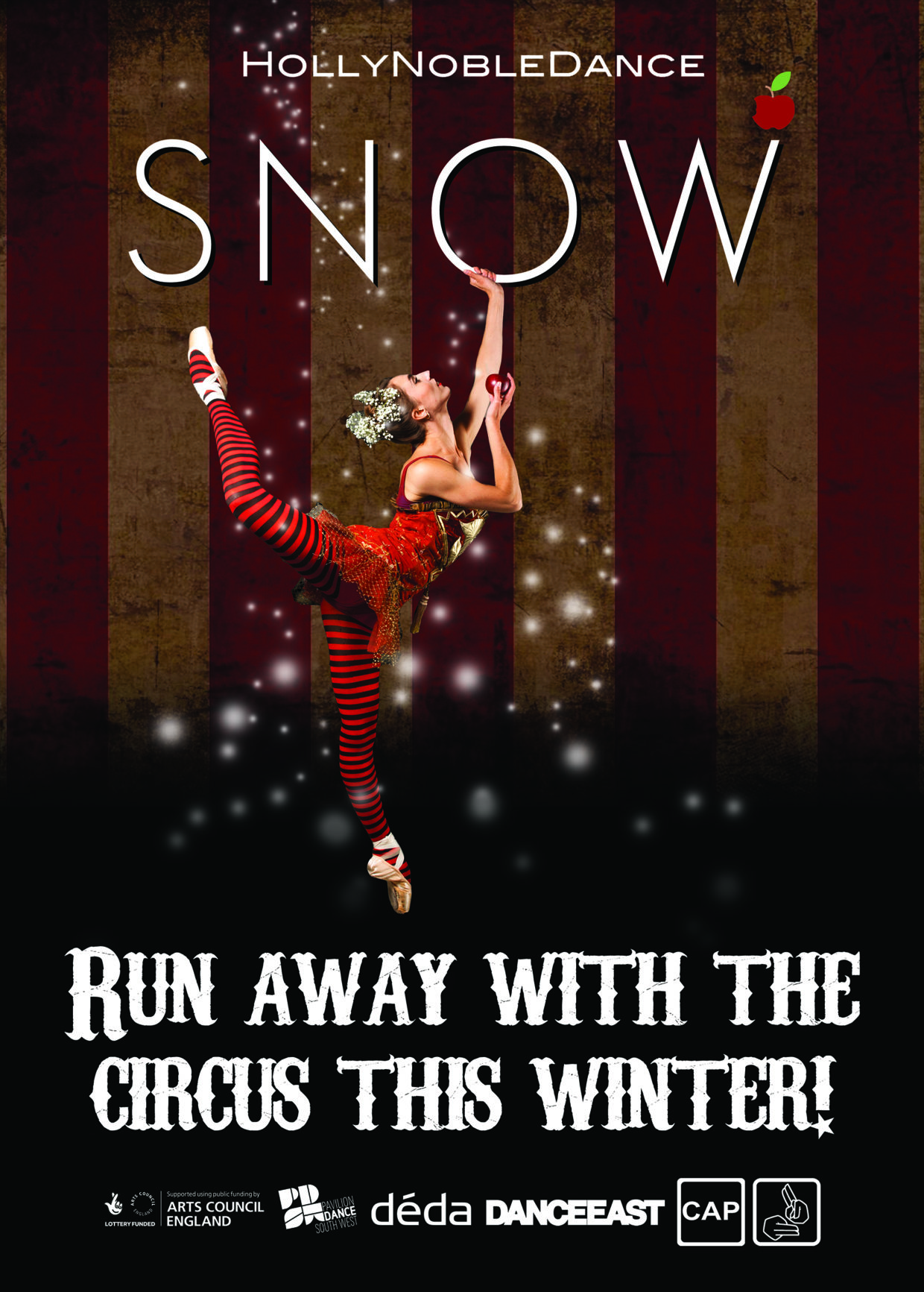 I met Holly on the Clore Emerging Leaders programme in September 2017 (read more about this programme here).

Almost a year later, we connected again as she’d just received funding for a new show and was in need of a Producer.

About Holly
Holly Noble is a contemporary ballet artist working with leading dance companies and arts organisations across the UK. She trained at Tring Park School and Trinity Laban Conservatoire for Music and Dance, before going on to achieve an MA in Choreography from Central School of Ballet.

During her career to date, Holly has been the recipient of  One Dance UK’s Choreographer’s Mentoring scheme, paired with Artistic Director of the Royal Ballet Kevin O’Hare. She was also shortlisted for the Blueprint Bursary award, she is a Clore Emerging Leader 2017 and she was recently awarded a Choreographer’s Observership at Birmingham Royal Ballet.

Holly is also actively involved in the promotion and support of women in the arts, and set up the Female Choreographers Collective in 2012 with Jane Coulston.

Since 2010, Holly has produced work that has been performed across a range of venues including Glastonbury Festival, The Place, Edinburgh Fringe Festival, The V&A and the National Maritime Museum.

Through her company Holly Noble Dance, she creates work that steps outside of the boundaries of classical ballet and challenges the audience to view the style in a new and accessible way. Developing a multi-layered performance experience that incorporates film, animation, narration, music and audience interaction, Holly’s work encourages the public to explore dance from a different perspective and become part of the performance. 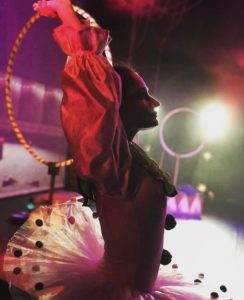 The Project
Run away with the circus!

Underneath the canopy of the big-top tent, a familiar fairy tale is retold, with some not-so-familiar twists and turns…

Mischievous and magical, SNOW retells the story of Snow White using dance and circus, narration and film, all within a Victorian Travelling Circus.

Turning traditional ballet on its head, Holly Noble incorporates sign language throughout the choreography and uses an eclectic soundtrack from classical music to David Bowie and INXS.

The whole family can enjoy this interactive performance, which is BSL interpreted and captioned.

Following a creation period at Pavilion Dance South West, SNOW premiered to a sold-out audience at DanceEast on 24 November 2018, followed by a hugely successful eight-show run at Deda Derby 19-22 December.

Read this review in The Wonderful World of Dance and check us out in The Guardian’s list of top cultural events for December 2018.

The project was supported by Pavilion Dance South West, DanceEast and Deda, and received funding from Arts Council England.

What’s my role?
My job was to provide professional Producing support to Holly in the delivery and management of SNOW. Things like:

This was a really ambitious project delivered in a short time. However, the response to the show has been incredible. We’ve achieved a lot by working with some excellent creatives and we are already well on our way to securing a busy tour in Autumn 2019.

SNOW is distinct from other projects I’ve worked on since going Freelance – there’s no international element and it doesn’t focus on Dance of the African Diaspora. The interest for me here is connecting with, and creating something for, D/deaf audiences who might otherwise be less likely to engage with dance. Working closely with an Accessibility Consultant and test audiences, Holly has created a new movement language that uses BSL as a key component to the narrative on stage. This could be the start of something big and I’m chuffed to be part of making it happen.