One of the most anticipated dance events of 2016, Akram Khan’s Giselle for English National Ballet premiered as part of Manchester International Festival on 27th September. I knew I had to see the work and somehow managed to get tickets for the matinee on Saturday 1st October at Palace Theatre, Manchester.

To be short, this was one of the best shows I have ever seen.

I’m not particularly a fan of ballet, I struggle with the prescribed gender roles among other things, so wasn’t familiar with the storyline or sure what to expect. I was curious to see how Khan would work with the company and how the movement language would translate itself.

Khan’s choreography en masse was stunning. He still used classic ballet tropes such as tableaux, pas de deux and the like, but stylistically there was a whole new use of rhythm, gesture and weight that was entirely different. Complex patterns and formations also drew the work away from more traditional balletic devices, looking more towards Khan’s signature movement style of Kathak and contemporary dance.

The fight scene in Act I between Albrecht and Hilarion was one of the most believable and gripping I’ve seen in dance, and Albrecht’s pas de deux with Giselle in Act II showed some impressive contact work not typically seen in ballet (and I’m not talking fish dives and assisted pirouettes).

The set (by Tim Yip), lighting (by Mark Henderson) and score (by Vincenzo Lamagna after the original score of Adolphe Adam) created something so striking, it was cinematic. 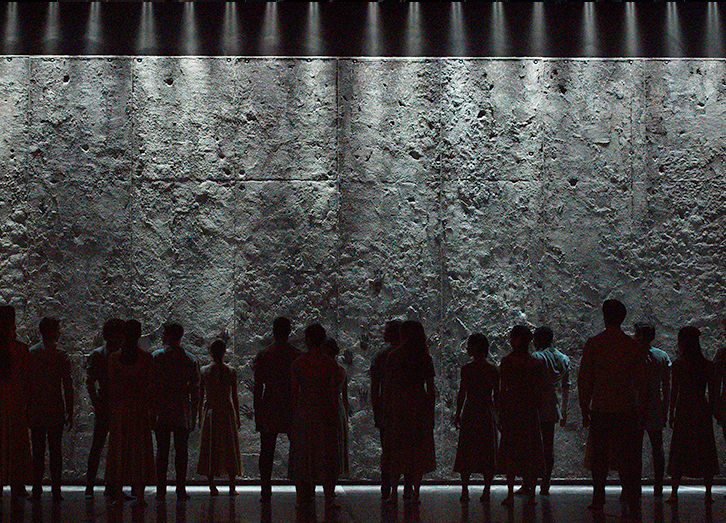 Not knowing the original or Khan’s storyline (to have an unbiased experience) this adaptation of Giselle had such strong connotations for me of the current refugee crisis and particularly “The Jungle” in Calais. The piece opens with a group of (in my mind) refugees pushing laboriously against an imposing grey wall, leaving handprints that reinforce the notion of being trapped. Later on, the wall tilts to reveal a group of (government?) officials dressed in costumes that wouldn’t appear out of place in the Capitol in The Hunger Games – further highlighting the disparity of what lies either side of the wall (or The Jungle). Later on, Henderson’s design creates faceless shadows of the dancers on the wall as they gallop and skip almost bent-double across the space, creating a sense of chaos and panic magnified by the knell of an industrial siren. 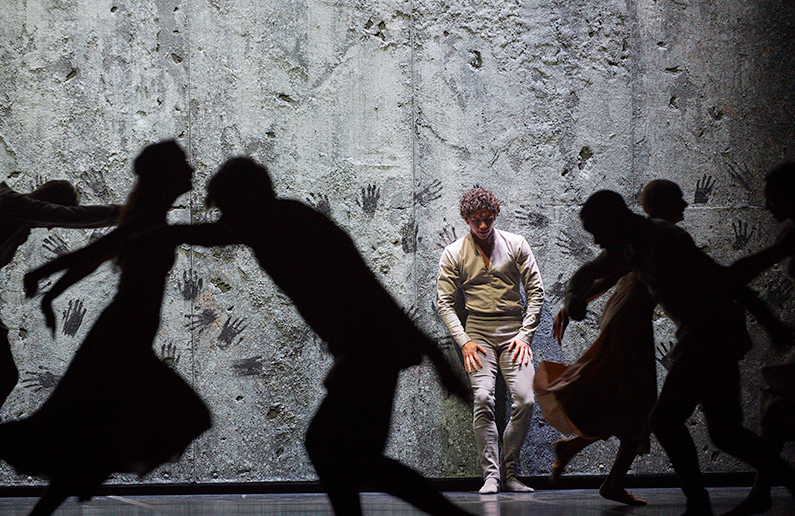 In Act II, we are taken to a third world (neither rich nor poor) inhabited by what I can only describe as menacing, yet ghostly, warriors. Armed with long canes, hair worn down and loose, this is the first time in the piece pointe-work is used. The drumming sound of the dancer’s blocks added to their ferocity. It was powerful to see women choreographed in this way ‘in a ballet’ – not following the usual story of the weeping women saved by the male hero, or of beautiful creatures lining the space as if part of the scenery. (Spoiler alert) the women actually kill Hilarion in this Act. 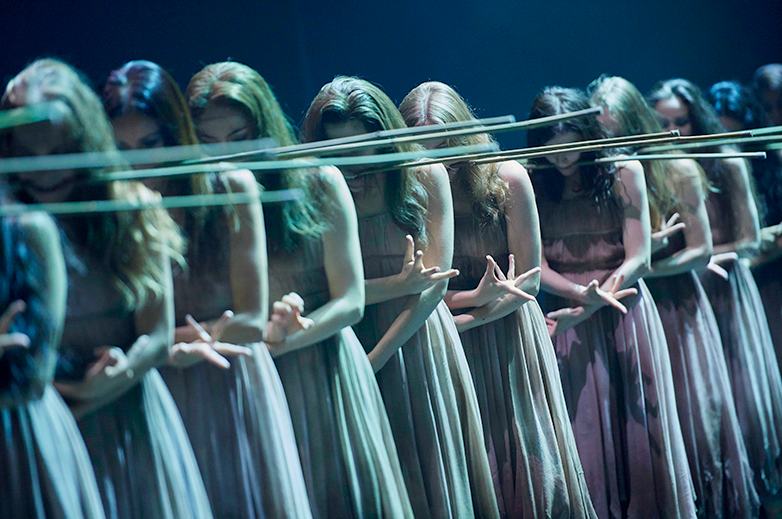 I was blown away by the whole production and felt as though I’d just sat in an IMAX for the past couple of hours as opposed to one of Manchester’s oldest theatres. Oscar Chacon as Hilarion was outstanding, as well as Lauretta Summerscales as Myrtha.

Khan’s synopsis of the work is different to mine, though there are some similarities. Having read both Khan’s version and the original story since seeing the work, I can anticipate that a few audience members would be disappointed that the classic tale of Giselle is perhaps lost or unclear in Khan’s re-imagining. For me, the most powerful dance doesn’t need to have a narrative, and it would be a disservice to the work to draw comparisons when it’s unlike much I’ve ever seen before. When watching, I followed a narrative even if it wasn’t the “right one”, but isn’t that the trait of contemporary dance? – It doesn’t matter what you see in a piece, as long as you see something.

If you want to see a classical ballet of Giselle, do not see this work.

If you want to have a powerful, filmic dance experience – book now.

Thanks to Manchester International Festival and Sadler’s Wells London for co-producing what is one of the best works I have seen this year (if not ever).