Running at The Place 2nd-11th March (viewed 4th March), Arthur Pita’s Stepfather was the second piece of a double bill collaboration between Pita’s own company and HeadSpaceDance.

Stepfather introduces the audience to a grotesque family dynamic, a macabre Disneyland involving incest and murder alongside show girls and revelry. 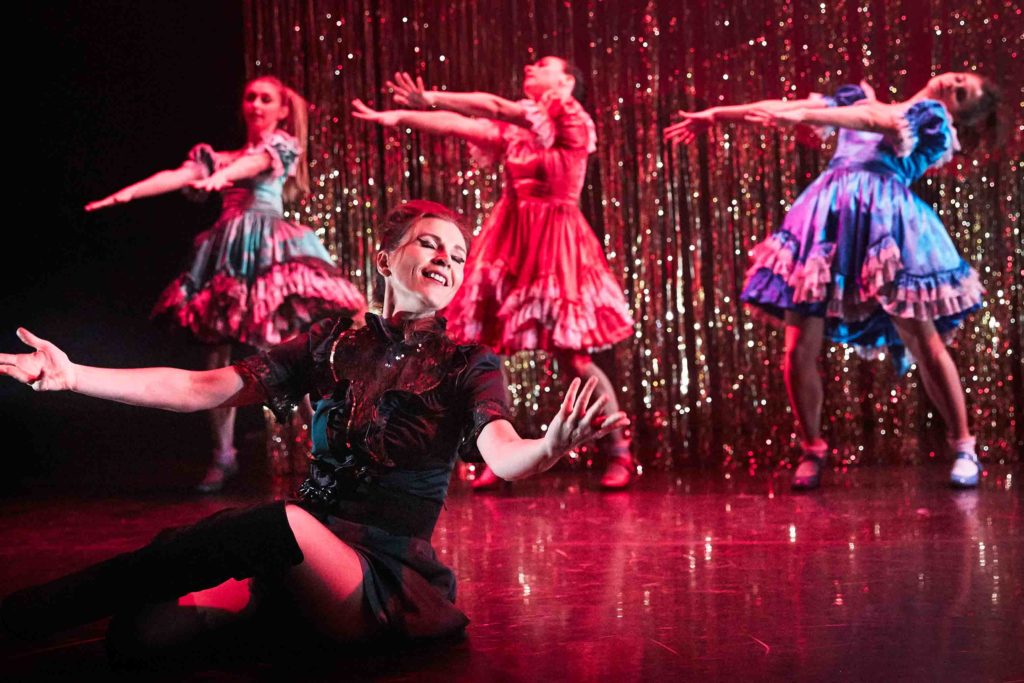 At times it was a challenging watch – an internal moral debate to see humour in something so dark.

I felt very uncomfortable seeing the mother and sisters’ reaction upon discovering Clemmie Sveaas (third sister) and Karl Fagerlund Brekke (stepfather) succumbing to their sexual desires for each-other – vicious beatings were thrown at Clemmie, yet Karl received only a vehement look.

Another such moment is the stark image of Karl hanging from the ceiling before being hidden from view, after having thrown Clemmie down a well. Such huge topics referenced in a whirlwind 40min piece, punctuated with tap dance and gold slash curtain. 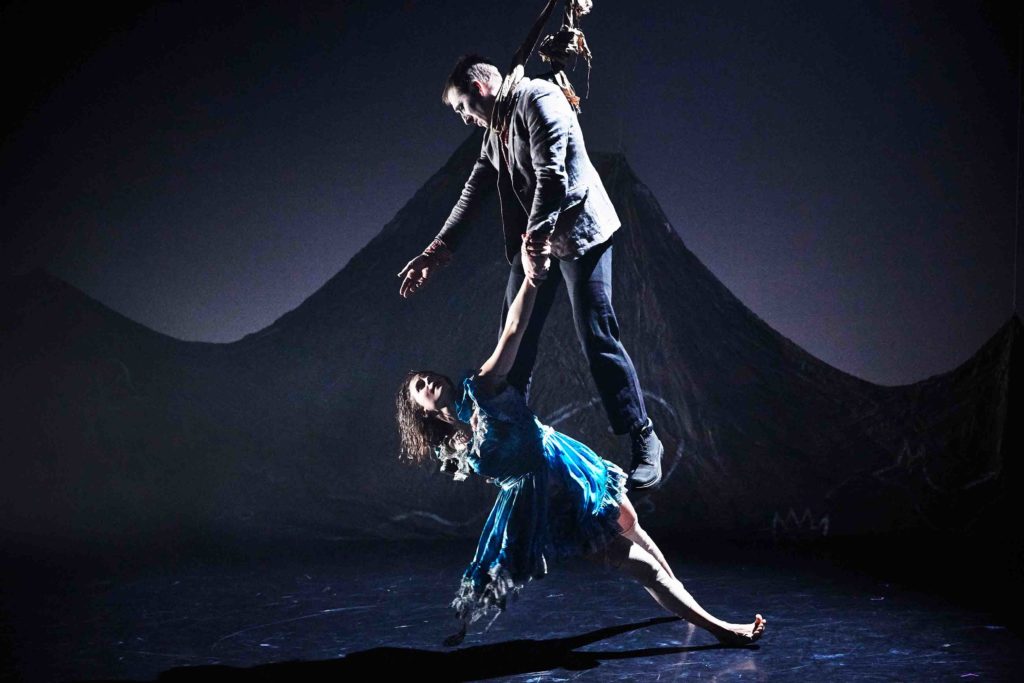 The final duet between Clemmie and Karl dancing from beyond the grave was visually stunning. Aerial work utilising Karl’s hanging body was a magical yet tragic spectacle on which to end, and is an image that will no doubt stay with me for months to come.

See for yourself when Stepmother/Stepfather heads to The Lowry, Salford 9th May and Dance City, Newcastle 13th May – tickets/further info here.