Moving Conversations brings together an academic with a creative – whether that be a dancer, a producer, an artistic director – to discuss their individual practices and examine the connections between their respective work.

For this ninth and final edition, the conversation took place between Thomas Presto of Norway, Artistic Director of Tabanka Dance Ensemble and creator of the Talawa Technique, and Professor Gladys M. Francis of Georgia State University Atlanta, Director of the South Atlantic Center of the Institute of the Americas.

After an opening demonstration from two of Presto’s dancers (see below), Francis asked Presto a series of questions relating to his heritage, his research into Dance of the African Diaspora and how these inform his Talawa Technique.

A topic of particular interest to me was the ‘disappearance of male whining’, specifically in Dancehall. Francis asked how Presto tackles this in his work, and if gender plays an important role in his movement language.

“Before I can disrupt something, I have to claim something. What standards am I disrupting? The standard that Serena Williams looks like a man? Or the standard that she is an African woman?
Thomas Presto, 2017.

Presto commented that the male hip is active in all traditional African and Caribbean forms, and cited the “violent stoppage” of this in Dancehall as occurring 12 years ago when Gerald Levy (aka Bogle of Black Roses) was murdered in Kingston Jamaica. The male black body became sanctioned, or else considered ‘batty’ – the rise of violent and homophobic tracks meant that men expressing themselves through a fluid waistline in the Dancehall could be placed in significant danger.

In reality, this perspective enforces colonial and imperialistic perceptions of femininity and masculinity, particularly designed in order to control the black body. Presto gave the example that “to be feline is considered feminine”, yet asked “find me something more masculine than a lion.”

In answer to Francis’ question, Presto stated that he “takes really seriously the traditions (he) claims to work in” and works hard to “not be concerned or consumed by the European gaze” as he has a “responsibility for retaining that heritage”.

Presto went on to discuss his Talawa Technique (demonstrated above) and described it as an organisation or structuring of African and Caribbean movements that already exist – he argues that he has not created new steps, rather a new system through which to notate them.

Seeking to outline a common understanding of the body through his research of over 300 African dances from across the continent, 81 were chosen to be first encoded as part of his ever-evolving system. He expressed his desire to be able to “choreograph from a chair” and that this is one thing for which he is “jealous of ballet”.

As the conversation came to a close, questions were posed from the audience. The final statement came from scholar ‘Funmi Adewole:

“We talk about codifying as adopting something Western, something foreign. There is such a thing as African Modernity or Modernities, which should not be forgotten.” 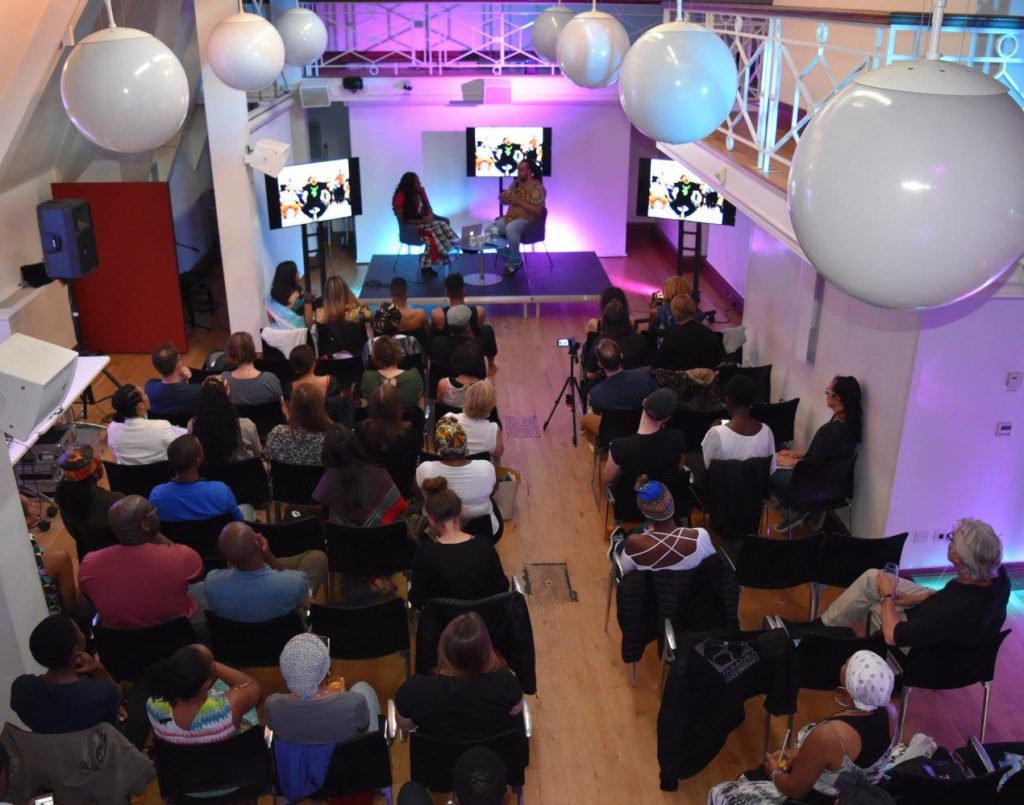 Moving Conversations #9 was the third time I have heard Thomas Presto present his Talawa Technique in the UK.

It is a shame that this event was the final edition; I would have liked to see how other artists/academics structure their discussion. I did feel that a facilitator was needed to lead the conversation – Francis became the interviewer and Presto the interviewee. Delegates never got to hear about Francis’ own research, which seemed a missed opportunity.

The evening also included a performance from Zil’oKA – who aim to represent the French Caribbean Diaspora in the UK by promoting the diversity of traditional rhythms, singing, and dances. Again, we didn’t hear from these dancers about their practice either, which was an oversight – particularly as Francis is a specialist in the cultures of the French Caribbean, Creolization, and Francophone Africa, so there would have been many crossovers.

It is always interesting and valuable to hear from Thomas Presto, to see his dancers perform and gain further insight into his movement practice. For me, the event did not give enough space to the academic perspective, which was unexpected considering its premise, though will perhaps be developed for future work through Modern Moves.

Stay up to date with future events here.