In July 2017 I opened an email at work and let out an excited squeal – out of 100’s of applications, I’d been selected to join a new cohort of Clore Emerging Leaders.

Clore offer a range of programmes for ‘outstanding individuals who wish to develop as cultural leaders’. Open to those working freelance or within cultural organisations of all types and sizes,  in areas  including visual and performing arts, film and digital media, heritage, creative industries, museums, libraries and cultural policy.

I took part in the 11th residency alongside 24 other EL’s, based at Eynsham Hall in September. Over five intensive days, we were guided through sessions on Leading Yourself and Others, Coaching Skills for Leaders, Having Difficult Conversations, Governance and Lobbying, and Communications. 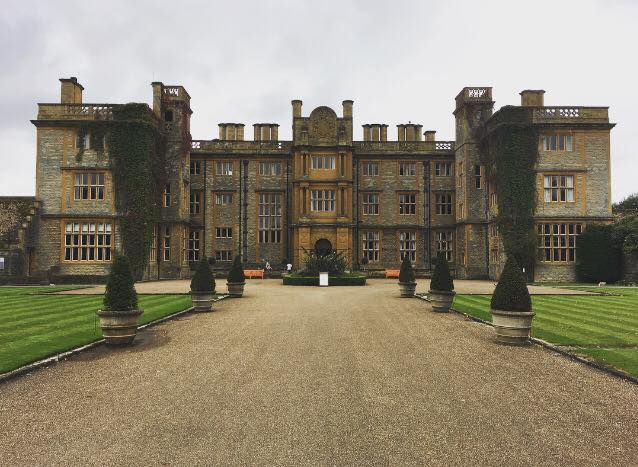 The stand-out sessions for me were with Isabel Mortimer, Tiffany Missiha, and Stephen Page.

Isabel and Tiffany led a full-day exploration of leadership styles, communication and ways of working. Analysing what the impact of our preferred styles has on us, and our ability to influence others, through group/individual tasks and discussion.

This session was a real lightbulb moment for me, as I discovered for the first time that I was a ‘cool blue’, existing largely amongst ‘sunshine yellows’ in my day to day work. I gained a clear understanding of why I operate and think the way that I do, and how other colours (including ‘dominant reds’ and ‘warm greens’) perceive that style. Ironically, when asked to identify which colour was our “worst nightmare” to be – the yellows said blue, the reds said green, and vice versa.

I was able to take this knowledge forward into my working and personal life almost instantly. By explaining my preferences and style to others, I fostered more efficient and effective communication and took steps to have the same consideration for the range of colours/styles around me. It has provided strategies to help me become less frustrated that people don’t necessarily see things in the same way that I do, and has also given me the determination to articulate why I make the decisions I do, with confidence. 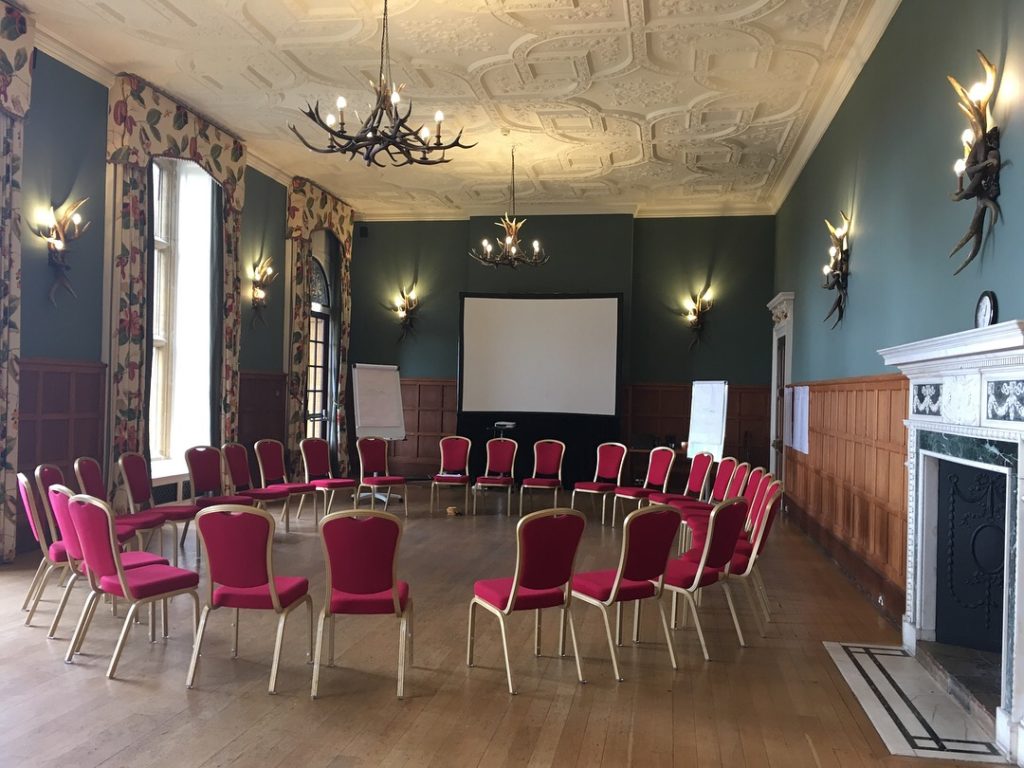 Our session room in Eynsham Hall

Stephen Page, Chief Executive of Faber and Faber, gave an evening talk on his journey as a leader. He started off as a bookseller, before moving into publishing where he initially worked in marketing and sales. In 1994 he joined Fourth Estate, becoming its Managing Director in 2000. In 2001 he moved to Faber and Faber as Chief Executive and the positive impact of the changes he made was recognised by the industry in 2006 when the company was named Publisher of the Year.

He gave such an honest account of his career journey and the personal choices he made, it was a rare insight into his life – which is something we would never have gotten anywhere else. This ‘big cheese’, who might otherwise be intimidating because of his status, was genuine and open about his failures as well as his successes – which I think is rare to see at that level.

When talking about his first week at Faber and Faber, he spoke about all the faces looking at him and willing him to do what he had said he would in his interview. He made big structural changes (including redundancies) in his first few months of being there, because he knew that’s what was needed in order for the company to grow and move forward. He spoke about how difficult it was to tell people they no longer had a role, and the changing relationships with his staff and board. It was a brilliant, informative session that resonated with a lot of us in terms of being brave, having aspirations and making things happen even when thing’s seem impossible. For me, it was the most inspirational session of the week, even though it wasn’t set up to be! 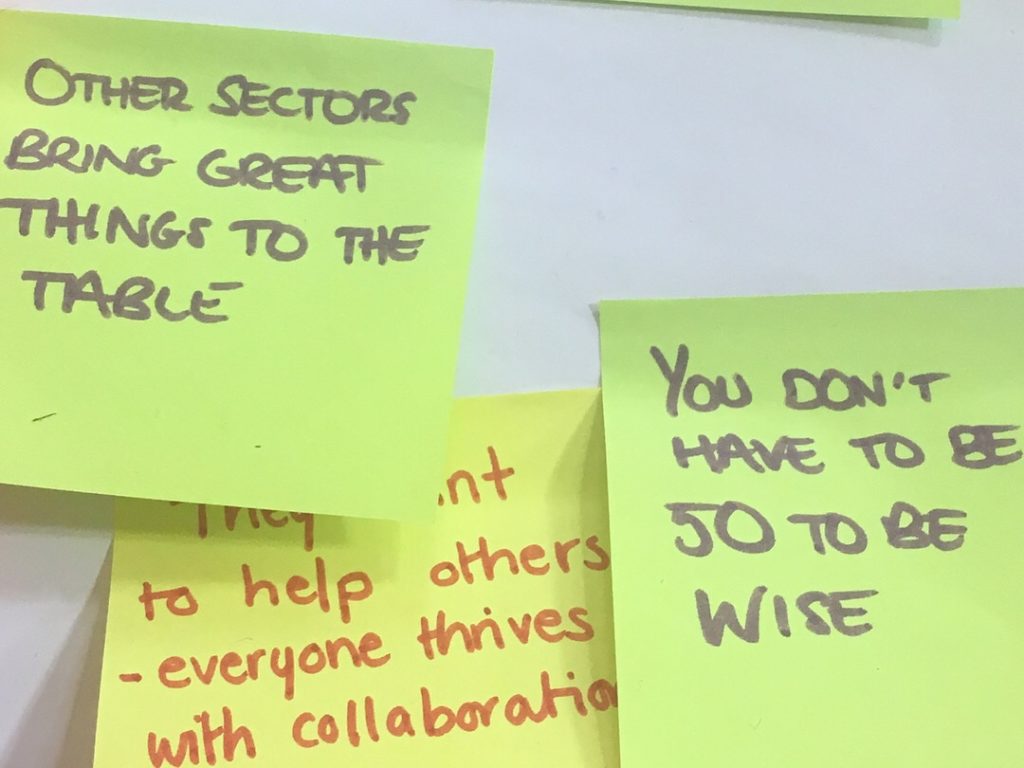 My favourite posts in response to “What did you learn about others?” asked at the end of the residency.

Even though the residency lasted five days, the cohort is now part of the Clore programme for life and will have access to free mentoring sessions plus a small budget to run our own follow-up day in a year’s time.

I left the week feeling empowered and motivated, with a set of industry peers (and friends!) that I would not have otherwise found. I would highly recommend a Clore course at whatever stage of your career, the knowledge and skills I’ve gained are invaluable. Visit their website to find out more on how to apply.

The Clore Leadership Emerging Leaders Course is supported by Arts Council England, through a three-year grant to develop sector leaders and the Esmée Fairbairn Foundation.