Friday 31st March saw the second annual Dance Enterprise Ideas Summit take place at East London Dance. The day included key note speeches from leading dance organisations, round table discussions focusing on how to build an enterprising and sustainable career in dance, and concluded with a shortlisted group of artists and producers (including me!) pitching their ideas to the Dance Enterprise Ideas Fund panel.

Jacqueline Rose, Head of Culture at Greater London Authority, opened the day with her key note address that included some little-known statistics. For example:

She also reaffirmed Mayor of London Sadiq Khan’s statement, first made in May 2016, that “supporting the arts and creative industries will be a core priority for (Khan’s) administration”, before showing the below video from October 2016 – London is the City of Dance.

Next up was Andrea Stark from Foundation for Future London who spoke about the new East London Hub for Dance that is developing over the next five years. The Queen Elizabeth Olympic Park in Stratford is becoming home to:

Stark, along with the other key notes, spoke about working as a cluster through collective leadership and ensuring a clear talent pipeline for London. 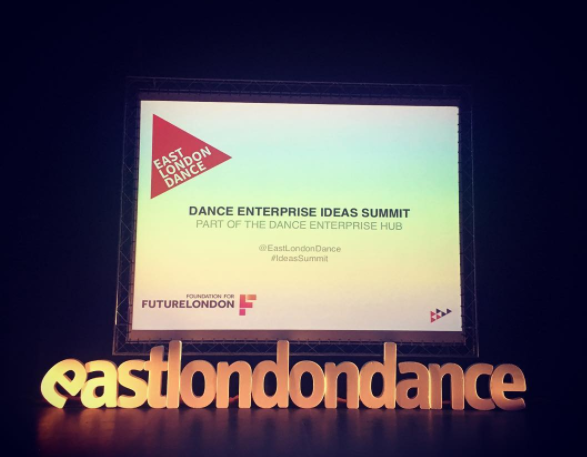 This first part of the day was centred around London, highlighting the ever-growing dance sector in the capital and the positives of so many leading companies moving into the East.

After a short break, roundtable discussions gave 15min slots for guest speakers to share insight into a range of topics, including: sustainable business models, collective leadership, building your brand and profile through PR, fundraising, sustainable careers and working internationally. 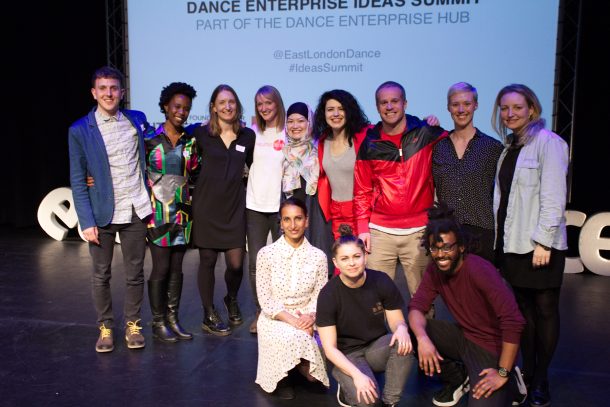 The day was led and facilitated by Anamaria Wills and Jeanefer Jean Charles, both of whom had offered pitch-surgeries to the shortlisted artists and producers a few weeks prior to the event.

The afternoon saw 23 pitches, each lasting 3mins with 2mins for questions. My favourites were Tim Casson for his expert use of the macarena, Tom Rowlands-Rees / Cinema Kpatakpata and his promise of a Bboy battle against Clint Sinclair, and Trine Garrett & Camila França ([Foreign Affairs]) for their slick and comedic double act.

It was fantastic to be pitching alongside such well established names in dance, particularly Kwesi Johnson, Avant Garde Dance Company, Birdgang Dance Company and more. Unfortunately, I wasn’t successful in securing funding at the Ideas Summit, but it was an excellent opportunity for me to talk about Dancehall Origins to new audiences and network for myself (as opposed to on behalf of an organisation).

Those who were successful received monetary, in-kind and mentoring support from the panel. For the full list of winners and supporters, click here.